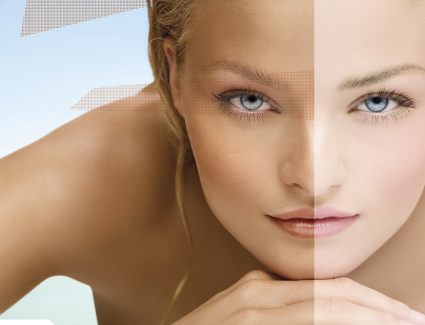 All it took was one celebrity sunburn to start the trend to tan, and historians credit (or blame) Chanel for the cultural shift.

Blame Coco Chanel, says Dr. Michael Smylie. The Cross Cancer Institute oncologist who specializes in melanoma treatment is giving me a primer on how our unhealthy love affair with suntans began, reminding me that bronze wasn’t always considered beautiful.

In fact, for most of history, the rich and famous shunned the sun. Being tanned was undesirable, negatively associated with peasants who laboured outdoors, while milky-white flesh indicated membership in the wealthy leisure classes. Unlike 20th century sun-seekers, the upper echelon went to great lengths to preserve a pasty appearance. In ancient Greece and Rome, women whitened their skin with lead paint; by the mid-10th century, arsenic was the skin whitener of choice. (Both created a literally deadly pallor for these early fashion victims.) Later, high-society Elizabethans turned to powder and parasols for appropriately porcelain complexions.

Yet, all it took was one celebrity sunburn to start the trend to tan, and historians credit (or blame) Chanel for the cultural shift. While yachting in 1923, the French fashion icon inadvertently burnt her skin, and when she landed in Cannes with a deep suntan, Chanel declared her “shocking” look to be the latest vogue. Fans followed her lead, and the era of sun worship began.

By the 1950s, the newly-created bikini had women baring previously unexposed skin, basting themselves with suntan lotion; by the 1970s a whole generation actively pursued the bronzed look as a sign of health and beauty. Baking on beaches became the latest r-and-r, and sporting a tan became a new status symbol, a sign one could afford winter holidays in the sun.

Decades later, the innocent times of unprotected tanning are long gone, with a worldwide melanoma rise in its wake. Smylie grew up in the generation that thought everyone looked better with a tan. He endured his share of sunburns trying to brown his fair, freckled skin, but he says it’s time for new beauty role models like the proudly pale-skinned Nicole Kidman and “desperate housewife” Marcia Cross, a spokesperson for Skin Cancer Takes Friends.

Still, he knows old habits die hard. Although Albertans are more vigilant about shielding their children from excess UV, Smylie feels many adults aren’t as careful as they should be about their own sun protection. As well, he notes that confusing media reports over the past year, which link sun avoidance to an epidemic of vitamin-D deficiency in northern countries, have left some thinking it’s OK to throw away the sunscreen.

To tan or not to tan this summer? Before deciding, it’s time to increase our suntelligence by separating fashion from facts in a serious discussion of melanoma. Don’t ditch your protective hat just yet.

There’s no pretty way to say it: melanoma is deadly. Skin cancers divide into two main types: non-melanoma and melanoma. Although melanoma is less common, accounting for only four per cent of skin cancer cases, it’s responsible for 79 per cent of all skin-cancer-related deaths.

BEWARE THE BED: The World Health Organization has classified tanning beds as carcinogenic.

Sidebar: Mole Watch
To be a mole detective, you need to know your ABCs – and Ds and Es Read More →

Melanoma begins in damaged melanocytes, the cells that produce melanin pigment, which colors the skin, hair and eyes, and also produces moles. When ultraviolet (UV) rays strike the skin, melanocytes react by creating higher levels of melanin, trying to protect the skin with a brown barrier, a.k.a. “a tan.” Melanocytes gone wild can eventually become malignant tumours, which usually first appear as abnormal moles.

It’s hard to believe a mole can kill, but if damaged DNA penetrates deeper layers of the skin and gets into the bloodstream, it can easily travel to any area of the body, where it can create deadly tumours. Melanoma is more likely than non-melanoma cancers to spread to lymph nodes, the liver, lungs, bones and brain, making it a lethal threat.

Melanoma can result from environmental and genetic factors, but research dating back to the 1950s confirms the overwhelming culprit is UV overexposure. It doesn’t matter whether the source is natural sunlight or artificial rays from indoor tanning beds. Too much UV is harmful. “A tan is the body’s response to injury to the skin,” says Smylie. “Ask any melanoma patient, and they’ll tell you there’s no such thing as a ‘safe tan.’”

Some sobering stats for those dubious about the value of shade: Melanoma rates are rising faster than lung cancer, breast cancer or any other cancer rates, with a 200 per cent increase since 1973. Over the past 30 years, melanoma has become the leading cause of cancer deaths in women aged 25 to 35, and is currently the most common skin cancer affecting Albertans. About 4,600 new cases and 910 deaths were reported nationally in 2008, and the World Health Organization puts the global toll at about 48,000 melanoma-related deaths annually. 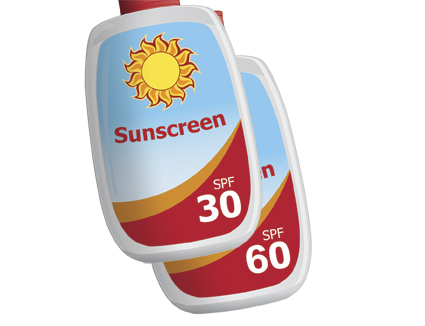 Sidebar: Screening for the Right Sunscreen
The choice can be overwhelming. Sunscreen comes in gels, sprays and lotions; some have glitter or colour, skin-care additives and even bug repellents. Then there’s the issue of what SPF number to choose. Here are some tips on making a sun-safe choice. Read More →

On the brighter side, recent research by Smylie and others reveals although the incidence of melanoma in Alberta is higher than previously reported, rates are levelling and may have declined over the past few years. Smylie credits that to changing practices in a public better educated about harmful UV, but notes numbers are still climbing in a new problem area: teenaged girls. Experts suspect this is linked to their higher use of tanning beds, which the World Health Organization has now classified as carcinogenic.

Safe sunning is key to prevention

There are other rays of hope when it comes to melanoma: most is preventable, and early detection and treatment offer excellent long-term survival rates. Melanoma has four clinical stages. Treatment at Stage 1 is 90 to 95 per cent successful and treatment in Stage 2 is around 85 per cent successful. The first two stages are usually treated with simple surgery. Options for Stages 3 and 4 were previously limited, but research is yielding promising results from new drugs.

Most of us know the drill for minimizing our UV risk. Whether we’re doing it is another matter. Prevention and early detection are our responsibility, so let’s recap. Be sun-smart by avoiding lengthy exposure during peak hours. In the summer, the danger zone is between 11 a.m. and 4 p.m., when UVB radiation – the one that puts us at the greatest risk of burn-ing – is strongest. Cover up with a hat and protective clothing and don’t forget sunglasses, since UV radiation can cause cataracts. Apply sunscreen year-round, even on cloudy days, and use it correctly. To be effective, sunscreen must be applied 20 to 30 minutes before going outdoors, then re-applied every two to four hours, as well as after exercise or swimming. And why intentionally increase your risk by frequenting a tanning salon?

Smylie points out that all it takes is two severe sunburns to double your melanoma risk later in life, and fragile young skins are especially vulnerable. Individuals with weakened immune systems or those taking certain medications that increase sensitivity to the sun, such as some antibiotics, should also take extra care. And most importantly, no one is immune. Wearing sunscreen is no free pass to unlimited time in the sun, since it doesn’t guarantee complete protection. While having darker pigmented skin lowers your risk, it doesn’t eliminate it. (Remember, reggae musician Bob Marley died of metastatic melanoma at age 36.)

Here’s the important step most of us neglect: make a skin exam part of your monthly routine. Half of melanomas grow from pre-existing moles, so become familiar with your body’s pigmentation landscape. Watch for changes, be alert for any unusual and/or new developments. Use a mirror for hard-to-check areas, and enlist the eyes of a partner. Learn the ABCDE mnemonic self-check code (see sidebar) and if you’re worried, promptly seek the advice of your family physician. It’s probably benign, but as Dr. Smylie tells physicians, “If a patient’s worried, a doctor should be too.” Patients with a high number of moles may want to pursue the option of “skin-mapping.” The visual monitoring aid provides a photographic record of the skin and is taken at intervals recommended by a physician. 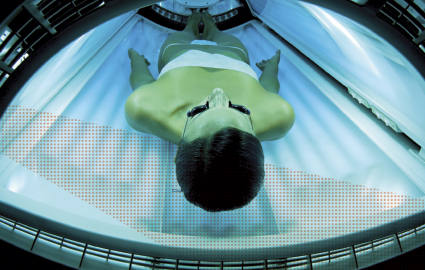 Sidebar: The Skinny on Tanning
Tanorexics – a pop-culture term for those addicted to the bronzed look, who often seek the extra fix of tanning beds – now like to justify their ultraviolet overexposure by pointing to new research that recommends we all need more vitamin D. If most Canadians are vitamin D deficient, they say the solution is to seek more UV rays to stimulate our bodies’ production of the sunshine vitamin. Read More →

When it’s more than a mole

If a mole looks suspicious, your doctor may recommend a skin biopsy. Fortunately, this is a relatively painless procedure. The goal is to remove enough tissue that a lab can test for melanoma cells, so a punch biopsy, with a bit of local freezing, is better than a skin scraping. Dermatologists trained in a technique called dermoscopy, or epiluminescene microscopy, may also use a special handheld microscope for diagnosis.

If the mole is malignant, further testing is done with x-rays to check whether the melanoma has spread, with particular attention paid to lymph nodes. Using all the information gathered, the melanoma is then “staged” (given a rating of Stage 1 to 4; the higher the number, the more serious) and appropriate treatment begins.

Removal by surgery is generally all that’s required for Stages 1 and 2, followed by close monitoring. Stages 3 and 4 include surgery, and additional treatment, such as chemotherapy.

Unfortunately the only approved chemo drug for melanoma is dacarbazine, or DTLC. “It was approved back in the 1970s, but many believe DTLC wouldn’t pass current drug tests,” says Smylie. “It has numerous side effects, and limited results, and is often described as a toxic placebo. Up to the past few years, it was all we had.”

About seven years ago, a worldwide team of researchers decided to focus more resources on melanoma, since no significant advances had been made for three decades. Some new areas they explored, including experimental vaccines, have yielded disappointing results, but two treatment drugs are showing great promise: B-Raf inhibitors and CTLA-4.

B-Raf inhibitors target a recently discovered mutation in the BRAF gene, a PAX3 genetic defect shared by about 50 per cent of melanoma patients. One of the key researchers studying how this gene works is Alan Underhill, a University of Alberta associate professor. As the Alberta Cancer Foundation’s Mary Johnston Chair in Melanoma at the Cross Cancer Institute, the first in Canada solely devoted to melanoma research, Underhill’s research is aimed at learning how to switch off an overproduction of tumour-causing melanocytes. His early studies with B-Raf inhibitor drugs are showing an 83 per cent success rate in reducing the size of Stage 4 melanoma tumours by as much as 50 per cent.

Also on the near horizon is CTLA-4 (ipilimumab and tremelimumab), an autoimmune drug that helps stop the growth of metastatic melanoma. The University of Alberta has tested its its use in Cross Cancer Institute clinical trials for about eight years now, with some remarkable results. “It doesn’t work for everyone, but when it does, it’s amazing,” says Smylie. The life expectancy for Stage 4 patients is usually about six months, but some of patients in the drug trial have now survived as long as five years, and 10 are cancer-free.

“I’ve been treating Stage 4 melanoma for 16 years now,” says Smylie. “And it’s only in the last two years that I’m feeling optimistic about patients’ options. We’re making progress.” It’s been a long time coming, but there’s finally new hope for the tsunami of tanning consequences caused by Coco Chanel’s sunburn.